Anger is a waste of time

Anger is a waste of time.

I am saying that because I was going to write an angry post about the poor service I received but then I decided against it. I wanted instead to focus on something else. People who only talk about themselves are the most shallow and boring people. 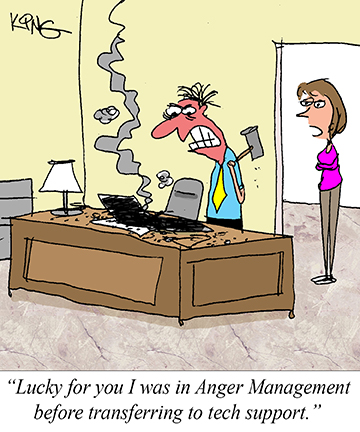 Earlier I had a conversation with a man who had cancer who considers himself my friend. I consider him a friend too. He also does my laundry as a paid service and own the company. I like that he feels comfortable enough to share his feelings with me and he was describing how frustrating it was to have cancer. I could only listen and offer to help him if he could think of a way.

One of the most touching things I realized in my life that I am most happy when I am helping others. One of the best compliments I ever received was from a coworker who was a black woman who said “I helped her gain her voice.” She didn’t feel she had the right or ability to speak up for herself in the workplace even though she was a critical member of the team.

Life isn’t just about our own needs. It is about helping those who struggle. In the 8th habit Steven Covey said that it was our job to find our voice and to help others find theirs. I did that and I am so pleased that I have helped in the smallest ways in peoples lives.

Focus on the things you can do to help others and not on the thoughtlessness that is done to you.

There is a looming labor shortage for business?