Stuff worth knowing about > Opinion > Want to learn how to do Ham radio?

Want to learn how to do Ham radio?

Why learn ham radio? In the event of a disaster ham radio can save lives and property. Plus it is fun learning things. 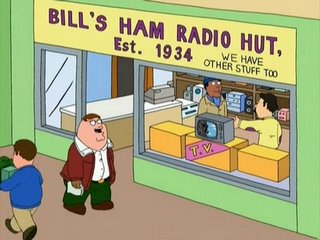 So I spoke before that I went to a site called HamTestOnline and really liked it. I just finished studying the Technician exam and it was very good. I had some weaknesses in understanding some material, but the constant repetition of questions I missed was helpful.

If you like electronics or involved in the IT industry this site is helpful to study. Also if you like to be prepared in case of emergencies. I can also see that a curious person who wants to understand technology better would be interested in it. At times the amount of electrical knowledge can seem overwhelming, but it isn’t impossible. I thought it was presented well with additional links if you wanted to understand more details.

If you are older than 40 you might have grown up with CB radio. I did and I found it interesting. I had relatives who had a CB and later a police/emergency scanner. I thought that was interesting, and would have jumped at the chance to be able to broadcast if I had known. Fortunately technology has made being a ham radio easier. For example the requirement in the past was to learn Morse code but that is no longer necessary.

I think the price of this website is too low. For the amount of things that you learn, I think even higher would be acceptable. Also don’t be put off by the graphics and design of the website. I know that many of you are used to slick looking websites but this has useful information and you will be glad you spent time learning it.

Now I am going to go pay and take the other two tracks in this series. The general and extra studies are separate costs. My goal is to take the test and take all three tests at once. If Christina can do it, so can I.

previousLegal Immigration by John Oliver
nextMarketing to the Affluent