What do you do when your boss who is in IT uninstalls a program and your computer is now unable to log in? Go home. He said “Whoops I guess you can’t log in.”

In IT you often have to test things to see if they cause problems before you have a person get fixed. Often that means that the IT staffs computers are messed up in a way that normal computers are not. This is one of the pitfalls of working in IT. 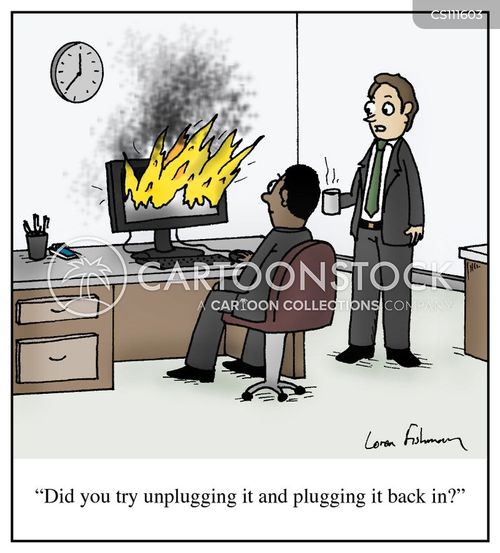 There is an old saying that everyone has shoes but the cobblers children. The idea is that the cobbler is so busy making everyone else’s shoes that he doesn’t have time to make them for his children. In IT the same rule applies. Most IT departments tend to be understaffed, so many times as we test things our computers get messed up and we frequently have to reinstall our stuff.

Don’t misinterpret this as a complaint. It is not. It is interesting to test and see how software and hardware work together. It is a privilege to have a job that is interesting and varied. You often hear in the news about “low-skilled” jobs. Things like factory work where they do the same thing hour after hour. I tried that job in the past and was bored. I admire anyone who can do that as a career.

IT is probably much like factory mechanics used to be in the past. They kept all the machines running. In the future I expect that IT will be phased out in favor of robots or more intelligent systems. I am frankly surprised this has not already happened. It is entirely possible to ask employees to use self-service things like resetting passwords and so on. I just don’t see the management forcing that happening in any company.

If a computer fails I don’t care. I always save things online so I consider the computer I use to be nothing more than a dumb terminal. A dumb terminal is something like a webpage where the real work happens at a server, and you only make choices.

So when my computer failed it was no big deal. I could log onto another computer and get my data. Even if I couldn’t, there wasn’t anything that I needed in my profile. I always share all of my data with my coworkers and team sites, so all of the data I created was already taken care of. When you put data where it needs to go, everyone benefits including you.