Stuff worth knowing about > Opinion > Snagit again to the rescue

Snagit again to the rescue

So remember how I just spoke about Snagit? It came to the rescue again. Turns out that Snagit works great when you have to work with mainframes.

I had a coworker who works with mainframes. Mainframes are a specialized thing that the regular Windows ways of doing things don’t apply to. So you often have to use specific applications for compatibility, and that can cause issues with other programs. In this case, using an older mainframe application called Unisys web extend was causing Outlook 2016 to crash when a screen capture was done. 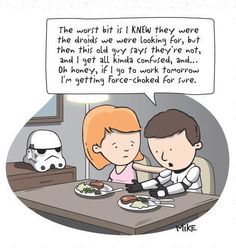 Installing Snagit allowed him to press the print screen button on the keyboard and paste it into Word and not have it crash. It was amazing. Every time before using Snagit, it would crash by copying the window contents or copying the window with the default windows capture.

So he loved it. He loved being able to just work without having the issues that he had before. He does this several times an hour and it has been the rest of the day and it has worked great. It is a wonderful solution the prevents us from having to worry about compatibility or issues by trying to upgrade the system or his viewer just to copy.

Now the trick is just getting management to approve the cost. To me, when you are able to make something work reliability and well, the money is the last thing that is important. What is the cost of him struggling and wasting time and effort trying to use the default windows way? When you only have one person who has the problem, is your time better spent on higher value items? I think it is. When there is a one off, often just going third-party is a more cost efficient way of working. I don’t understand the almost religious mentality that some IT people against third party software. They say they are a microsoft shop, well fine, but third-party has a part too I think.

Its ok if you disagree. It works for me, and has worked for the companies I work for. Being flexible in IT I think is more of a value than pushing just the vendor agenda.