One of the most surprising things I encounter in my life are very intelligent people like Doctors who refuse to learn new things. I can’t understand this attitude. 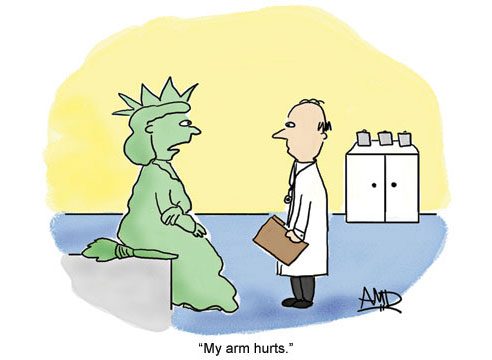 I have had the experience that I have to find new doctors frequently. So I have seen dozens of doctors in the last years. Many of them are willing to learn and admit they don’t know everything. However some of them are just convinced that only the information they know is correct, and nothing else can be true.

I’ll give you an example. I went to one doctor and complained that I had pain due to an ongoing illness. He agreed with me and was ready to prescribe anything I wanted. He gave me the choice of several drugs. I took the one he thought would be best, but it didn’t help reduce my pain. I went to a chiropractor who worked on me and my pain reduced immediately. The reduction in pain was permeant.  It was less intense, less frequent and I loved that.

So naturally when I went back to my doctor for a checkup he asked how the pain level was. I told him that the drugs didn’t do much, but that my chiropractor made me feel better.  He said with a smile and straight out, “A chiropractor can’t help with this kind of pain.” I smiled and said “Doc I feel better after she works on me.”

I realized that he didn’t want to hear what I was saying. In his view of the world he couldn’t accept what I would have told him. This is not true of all doctors. Some doctors that I have shared how I have been helped ask about it and I share with them the website. It is my hope that I can inspire someone to do something that will help their patients and help them be a better healer.

So you can’t change peoples ideas or preconception. It seems to me arrogant and ignorant to dismiss something that a patient says helps them. Yes it could be all psychological, but what if it isn’t? Isn’t the goal of every doctor to use the best tool for healing? I thought about being a doctor once and I would investigate any therapy that gave results.

What matters is that people have a better life after they visit you. Not that you reinforce your own limited beliefs.

Who are the customers of the new iPhone?Excel PivotTables are awesome