Debating on what kind of portable electrical energy storage to use

I am really struggling with what kind of portable electrical energy storage to use. There are so many pros/cons in making this decision. 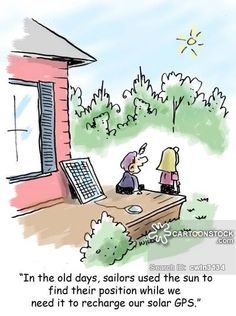 At first I thought my choice was clear. I would just buy the largest Lithium battery I could afford. Then I started to really research this and question my assumptions. Since I live in an apartment, the kind of appliance I have will vary. So simply adding up the numbers may work for this apartment, but not when I move to the next one. I frequently move since I am a consultant.

Then I thought perhaps what I need in an emergency is different than what I need when there isn’t an emergency. This is where I started to look at coolers/freezers/refrigerators that were made to run on DC. One of those is about $300 and when an emergency happens I simply move the food I want to save in that, and run it off the battery. This could work. However that cooler is bulky and I have plenty of non perishable food so there is nothing I need cool like medicine that some others might need. Therefore, perhaps I don’t really need a fridge after all.

Almost all of the Solar Generators could power my ipad/laptop/router/lights which is all I really need in an emergency. Plus depending on how bad the emergency is, the internet may not be working anyway. Thats where the ipad/iphone come in as internet backup. What do I need a big battery for again?

Many people would say that they need to power a TV/AC unit and that takes a great deal of power. Yes, it does, which is why I can say that I don’t mind sweating it out and using my fan which can run on the power supply that I have already. Online will have the best information which is already covered with the iphone/ipad and their cellular connection.

What else do I need a big battery for? I don’t have an EV, and I have solar lighting already. At this point I am really struggling to think of a reason to have a big electrical storage battery. The only use I can think is to power my two laptops at the same time all day and power the internet router if there was a power failure. However if there is a power failure in NYC, it will be understood and companies don’t expect people to have backup power for this unlikely scenario. There is a point when you prepare that the preparations don’t make sense.

I would love to run my two laptops off solar power and I am working toward that. The biggest problem is my solar panel which I am testing them out until I find the right one. To me, until I find the right panel buying a bigger portable electrical storage is a waste. If I can’t charge it then I will be wasting money. The panel I need to find will work with shade so that I can charge my battery all the time, and help my friend charge their battery as well. When I find that I will share it with you and then I will buy a big battery. Make sense?